How to Make an Easy, Accurate Table Saw Sled

I’ve decided to build a few accessories to better utilize my table saw, and my first add-on is a table saw sled. With a sled, making cross cuts is fast, safe and very accurate. Sleds are useful for trimming sheet goods, mitering small pieces, making repetitive cuts and more. I know this sled will come in handy for a lot of projects including one that I’ve recently started (but haven’t written about just yet).

I made my sled in about four hours, and that includes time to “dial in” the sled fence. It slides very smoothly, and I expect to get many good years out of this sled before I need to replace it. 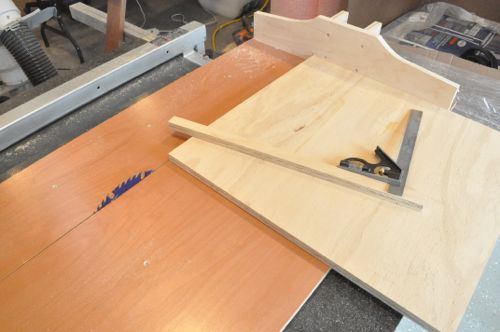 Fred & Kim had some leftover materials from when they redid their kitchen including a panel that would normally be used alongside a refrigerator. The veneer makes for a nice, smooth surface so I used that and some scrap plywood to build my table saw sled. Here’s the full list: 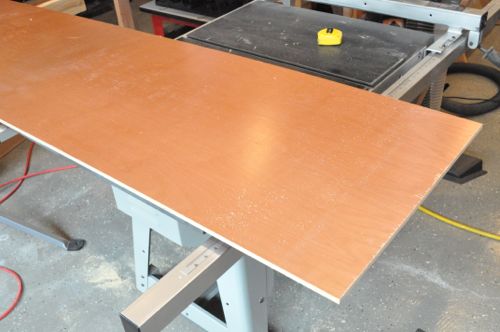 Here are the tools you need for this project:

Step 1: Cut Base to Size

I started by cutting the plywood panel to size for my base. I cut mine pretty big, and that’s because I need it to handle a 40″ board (for the mystery project). It’s easy to shorten a sled, and I may do that eventually. For now, the base measures 45″ long and 24″ wide. 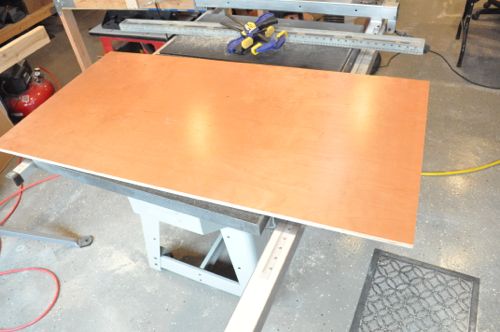 Maple is a relatively hard wood which makes it a good choice for the runners. Another remnant from the kitchen remodel was a solid piece of maple, and I used a hand planer to fine tune the thickness. I wanted both runners to be snug but still allow the sled to move freely.

After I was satisfied with the thickness, I ran the board through my table saw to make the runners. 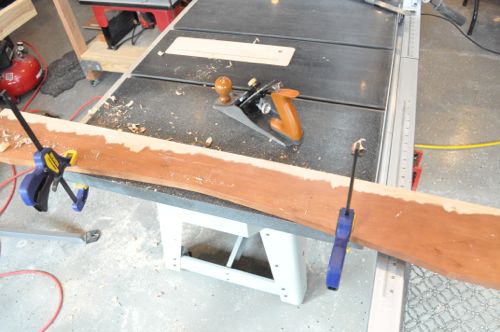 Don’t assume your miter slots are perfectly identical. Measure and cut the runners independently, and label the them after you finish. The goal is for each runner to be flush with the table top and able to slide but without wiggle room. 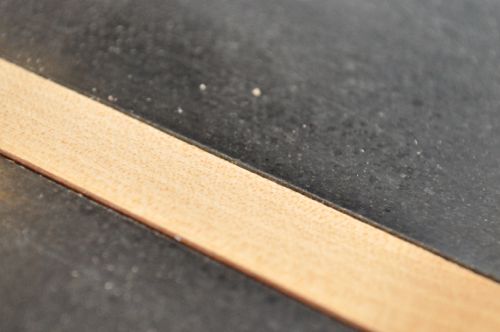 I set my runners in the miter slots and positioned the plywood base overtop. I used the table saw fence to keep everything aligned. Using a straight edge, I marked lines for drilling holes.

I predrilled five holes for each runner and used a countersink bit so the screw heads would be below the surface. 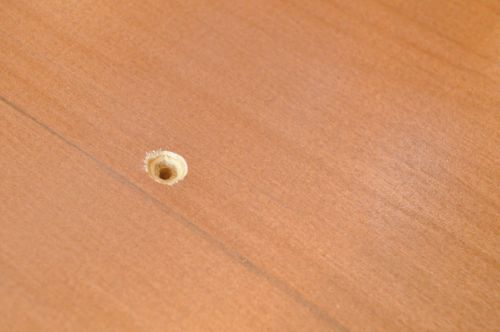 To attach the runners, I used 3/4″ wood screws. At this point I checked the sled to see how easily it moved, and I was pleased to find a smooth motion without any wobbling. 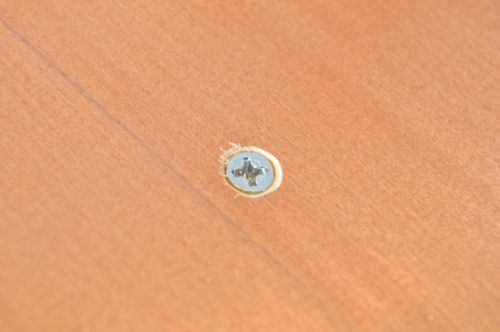 I made the fence from 3/4″ plywood, and it measures 5″ tall at the middle. I cut a gentle slope which makes it easier to clamp stop-blocks or the workpiece. 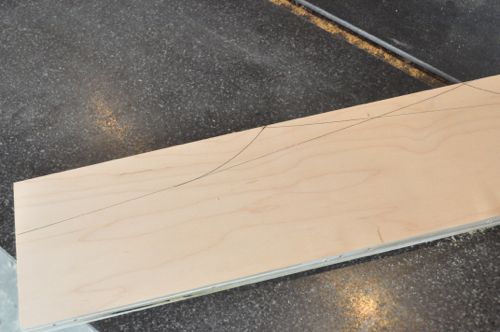 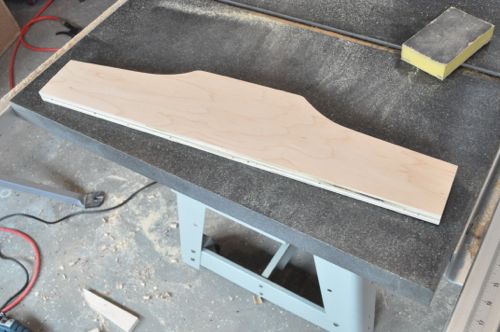 Before attaching the fence, I set the runners in position and made a kerf cut almost the entire length of the sled. 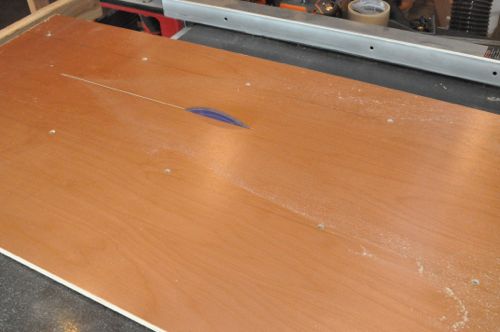 Using a framing square, I set my fence perpendicular to the cut and held it in place with two clamps. Next, I drill and countersink two 1-1/4″ screws, one at each end. 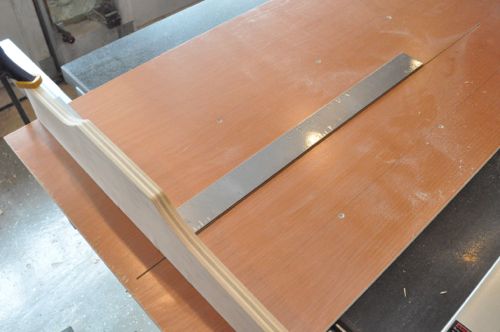 To fine tune the sled fence, I grabbed my framing square again and set it against the fence alongside the blade. Right next to the fence, you can see everything looks good. 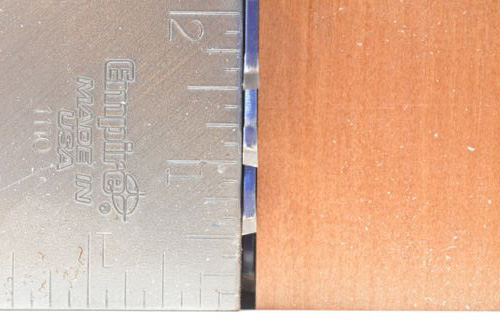 However, at the other end of the square, it looks like the fence is off by about 1/16″. 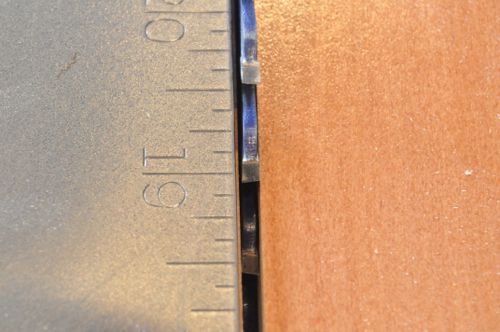 To fix that, I started by clamping a block to the base of the sled right up against the fence. Next, I removed the screw holding that side of the fence so that it would pivot. The shims from my dado stack are super thin (0.004″), and I shimmed the fence until it was aligned along the entire length of the square. 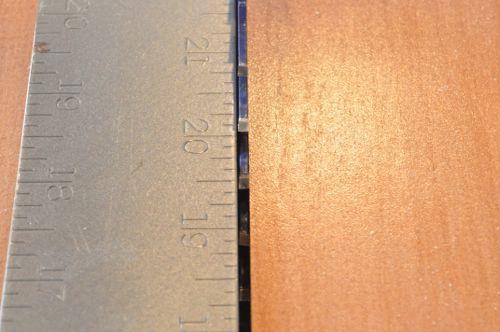 When I was satisfied, I clamped the fence tight to the block and drilled a new screw hole. 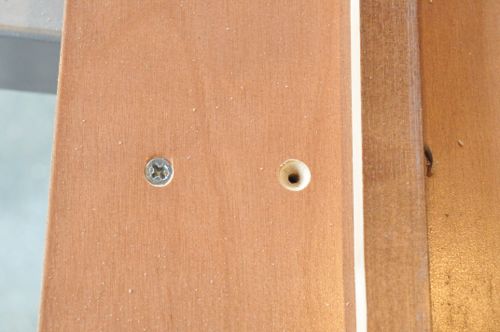 After another quick check, I add three more screws to lock the fence in place. 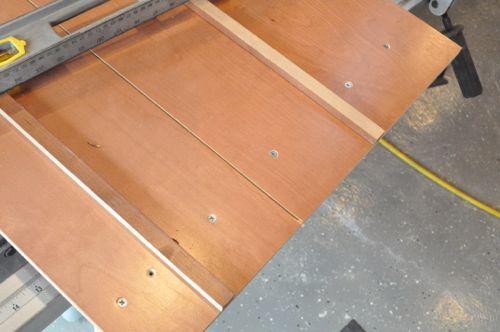 With a sled, you’re pushing and pulling on the fence all the time. To make sure it didn’t move, I added a couple of support blocks. 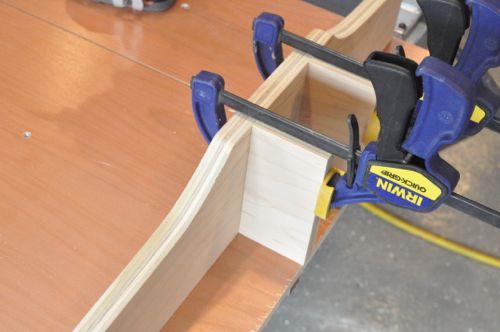 The stiffener board spans the kerf cut and holds the sled together. It doesn’t need to be perpendicular to the blade so I just mounted it flush with the edge of the base. 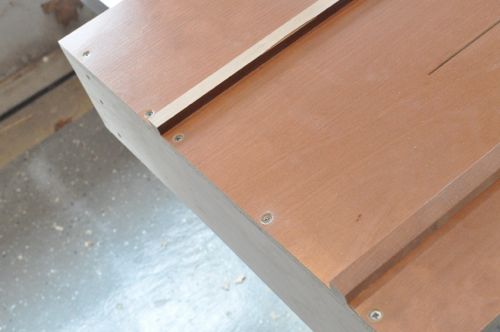 I set my table saw blade to about 1-1/2″ above the sled and completed the kerf cut. As before, the sled moved well so I didn’t need to make any adjustments to the runners, and I haven’t even waxed the sled yet.

If there was any problem, I would have scribed a thick line on each side of the runners. Moving the sled back and forth through the miter slots would reveal where it was rubbing, and scraping the runner with a chisel would have eliminated the problem areas. 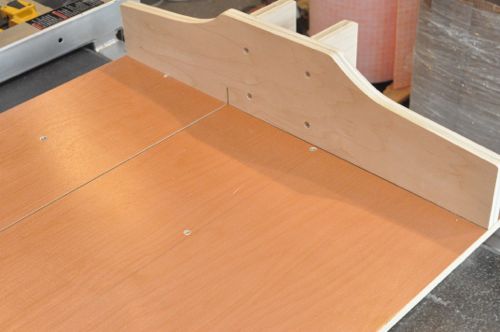 To be absolutely certain the fence was properly aligned, I used the 5-cut squaring method. I first read about this method on The Wood Whisperer, and he references a helpful flash animation showing how it’s done. In short, this method involved a sequence of cuts that will magnify any error so the fence can be dialed in to a thousandth of an inch.

My only limitation is that I don’t own a digital caliper so I had to make do with a combination square. Even so, I estimate my sled is accurate up to 0.0039″ per foot, and that’s just fine by me. 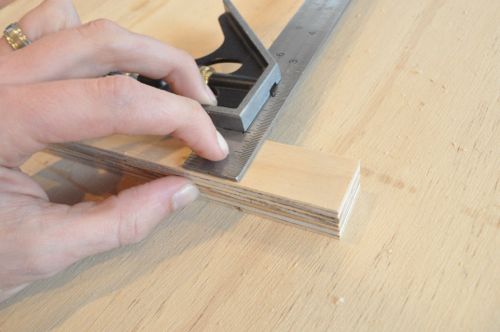 I’m excited to put the sled to use, and you’ll be hearing more about it when I unveil my most recent woodworking project. 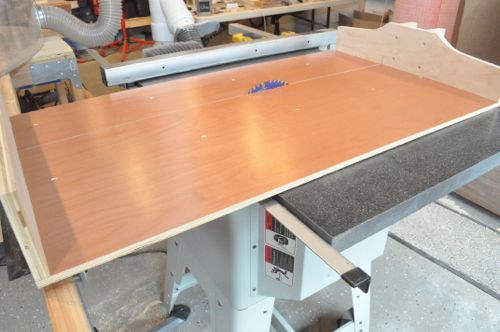 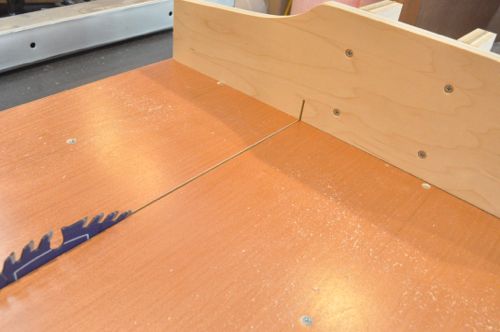