How to Make (and Play) the Frisbee Cup Game

Many of you know I have a love for Ultimate Frisbee and most other frisbee games. A while back I made a Kan-Jam-esque game (which I called BaHa). It was a fun project but not very cost-effective. The materials alone put you over the cost of purchasing the game, and it came with a cheap-o frisbee too. It was with that in mind that I set out to make another frisbee game. A buddy had a party recently, and we played a game similar to Polish Horseshoes. I’ve decided to call this new game Frisbee Cup Game (because I’m not sure if it even has a name), and here’s how I made a set for cheaper than you can buy it at Walmart. 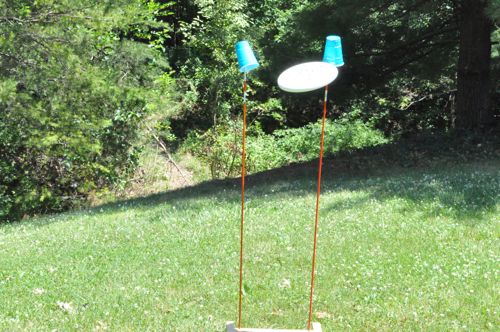 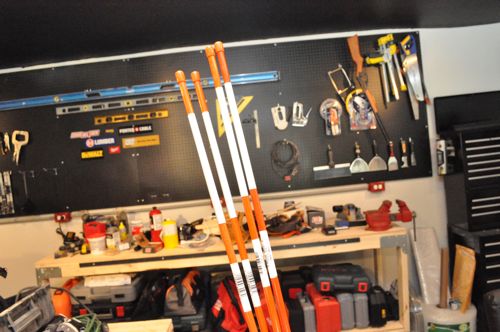 Step 1: Build the Base

The base helps support the flexible, orange markers and ensures they are spread apart the correct distance. It’s a simple H-shape with butt joints (nothing fancy needed here). If you’re using scrap, make sure to cut off the end for a nice square edge. Cut two cross member at 15″ and four sides at 10″. 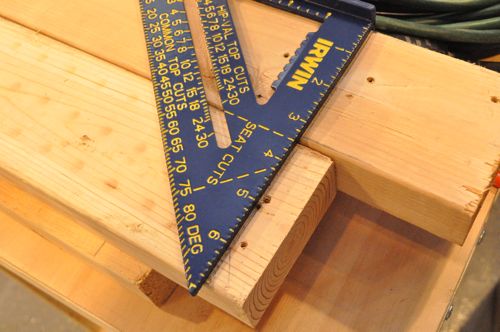 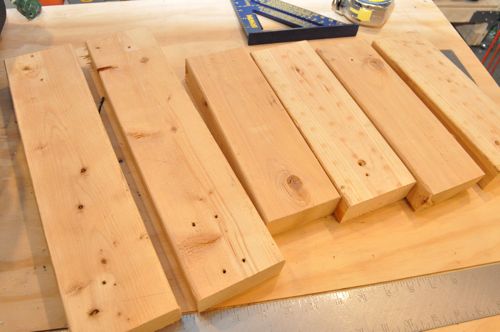 Step 2: Screw it Together

Find the center of the sides and put two screw into the cross member on each side. 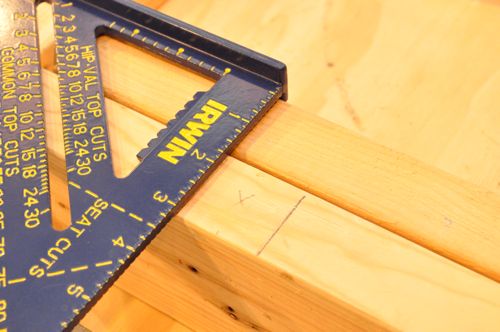 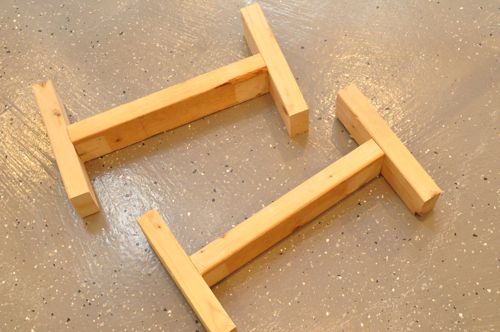 Using a 1/2″ spade bit, drill holes through the cross member at 2-1/2″ in from each side. Try to drill straight through.

72″ is a bit tall for this game so I cut the orange markers down to 60″. The problem becomes that now they don’t have the nice, pointy end anymore. To recreate that, I loaded the marker into my drill (as if it were a really long drill bit). Next, I got the bench top grinder going, and, while spinning the marker with the drill, reshaped the end into a blunt point. 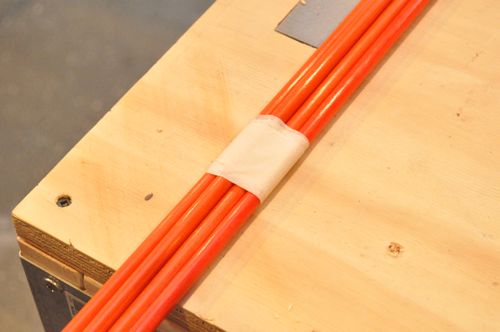 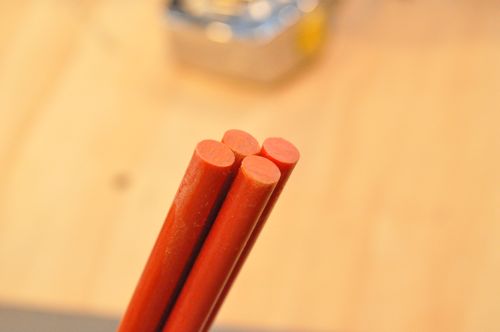 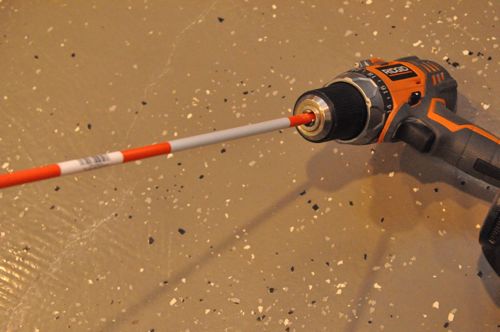 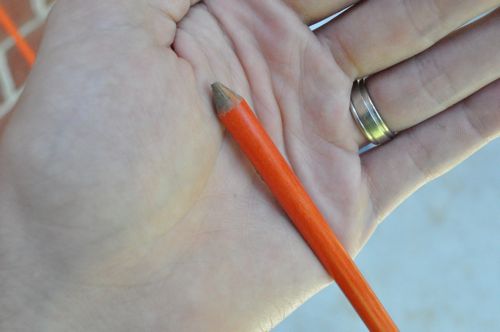 That’s it for building the goals. Now here’s how to play. 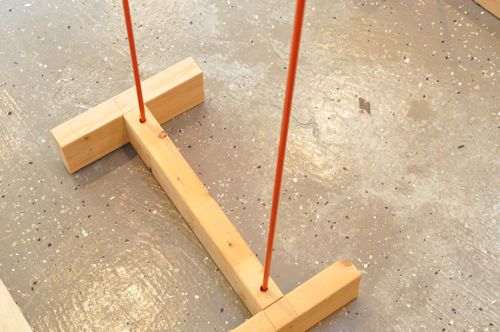 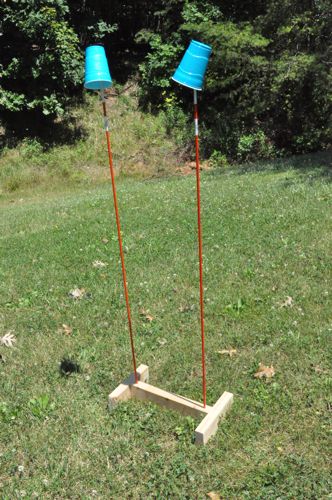 Setup the goals about 15 yards apart, and push the orange markers into the ground (keeping them parallel). Place a cup on the top of each marker. Next, grab two frisbees, and create two teams of 2 people. 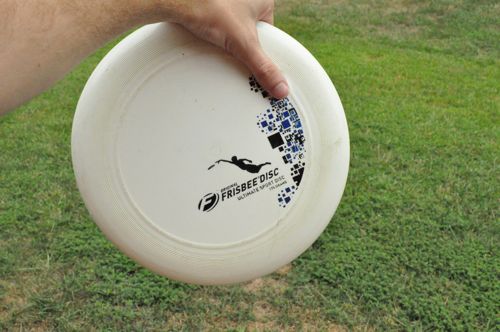 Teams take turns throwing the frisbee at the opponent’s goal. If you hit one of the cups off and it lands on the ground, you’re team gets one point. If you hit the cup off and the opponents team catches the cup, you don’t get any points. If you throw the frisbee between the two markers (without touching anything), then you get two points. Play to 11 (or whatever you want to).