About a month ago, we were contacted by the folks from Mr. Heater about a new product called Mr. Heater HERO. It’s a small form factor, propane heater similar to the forced-air, propane heaters you see contractors use on a job site. The claim to fame is that Mr. Heater HERO provides quiet, powerful, spot heat without needing an extension cord. 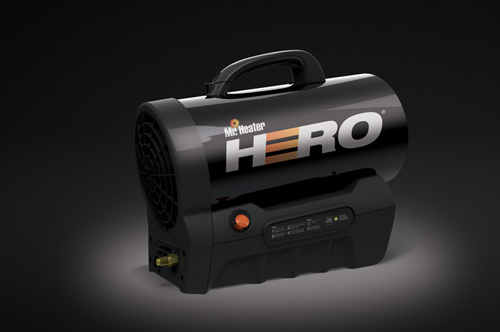 Mr. Heater HERO setup is fairly simple. The unit features a rechargeable battery to power a fan and a hose that connects to a liquid propane tank. The battery lasts up to eight hours, and the regulator assembly connects to propane tanks like those used on propane grills. To operate Mr. Heater HERO, you open the propane tank valve, press the on/off button to start the fan, then press the igniter button.

The HERO is really easy to carry with the top handle and weighing only 12lbs. The propane tank is actually way more cumbersome to lug about. 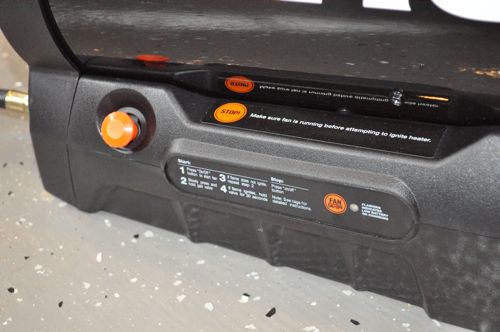 Last week, a bunch of friends and I attended the Army-Navy football game at Fedex Field in Landover, Maryland. We started tailgating at 10:00am with a 2:30pm game time. I took the HERO along as the forecast was a very breezy, 40° high for the day. What better way to test HERO’s power than spending the day outside in frigid temperatures? 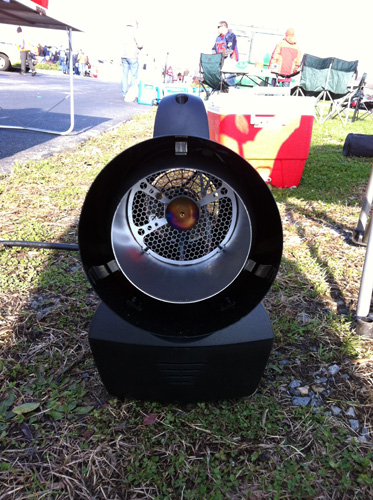 I charged the battery the night before, and picked up a fresh 20 gal. propane tank. As soon as we got there, I fired it up and let it run until it was time to pack up and head into the stadium. It was really cold, and the HERO was an instant winner. HERO formed a small pocket of warmth about 5-6 feet out from the front of the unit, and everyone took advantage of the heat at one time or another. The wind limited how far away you could feel the heat, but I’d expect the same from any comparable propane blower/heater.

We also fired up the heater in our OPC workshop (a well-insulated, converted 2-car garage), and it quickly brought the room up to a comfortable temperature, raising the temperature about 10 degrees in 6 minutes.

What impressed me about this heater was that it didn’t use very much propane. For running it about 3.5 hours, my tank didn’t feel much lighter at all. I’d guess the HERO went through about 1/5 of the tank. Eight hours of battery life is pretty good, and not needing electric is very convenient. 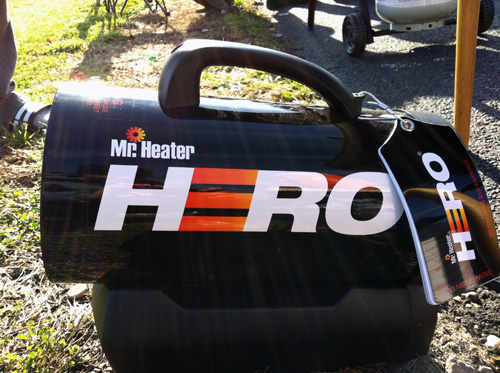