Why a Pre-sales Appraisal Isn’t a Waste of $400 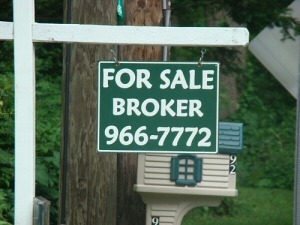 Selling your home is emotional business. It’s easy to measure your self worth by whether or not you get an offer, and if you do, by the size of that offer. It’s also easy to get tied up in the drama of it all–to stop thinking rationally about your home’s value, and to start focusing instead on emotionally charged aspects of the sale.

A pre-sales appraisal (PSA) can help you cut through the emotion, price the home right, and sell it fast. Based on our own selling experiences, we’re believers in the PSA, especially in a difficult housing market. A PSA will run you between $300-500 depending on the region, but you may be able to get the selling agent to cover the cost. We talk about this towards the end of the article.

To help us explain the reasons for a PSA, here’s a story of a typical home selling experience.

Dave and Sally are two young professionals who are graduating from their first home and planning to start a family. They’ve purchased a brand new home across town. Because they have great credit, the couple was able to get a bridge loan to close on their new home before they sell the old one. They need the equity from their first house to pay off the new loan within 6 months or risk the interest rate going up. The couple listed their old home with a local real estate agent and after a few showings, the comments have started to come in.

“The closets are too small.  The highway is too close and too noisy.  The kitchen is dated.” The agent relays a half dozen comments like these to the couple at an evening meeting.

“What are they talking about? Are these just critical people?” Sally says to the agent.

After all, the couple’s clothes fit in those closets just fine. And no one can hear the highway when the windows are shut. And Sally cooked five Thanksgiving dinners in that kitchen with no problems. Who needs to open the windows anyway? And who’s so picky they can’t handle a little road noise?

After seven or eight prospective buyers come through over the course of four weeks, the couple’s agent says, “We’re not seeing offers. Maybe we’re priced too high. I think we should drop the price $10,000 to get competitive.”

Sally and Dave are no fans of the suggestion. But, they recognize they’ve wasted about a month on the market, and they aren’t getting any bites after eight showings. So they agree to move it down. But only $6,000.

Reason #1 for a PSA: It takes the emotion out of pricing a house. Emotions are powerful and get in the way of rational price setting. This is especially true in down housing markets.

After two weeks with the “Just Reduced” sign hanging out front, the couple finally gets a full price offer. “It’s about time”, Dave says to Sally.

But there’s a hitch. The buyer is using an FHA loan, and the offer includes an appraisal clause. Sally and Dave are concerned, but they accept, thinking to themselves that the house is certain to appraise. After all, they already reduced it $6,000, and the offer was full price. Surely they had priced it right the second time.

After two weeks, the couple gets more bad news from their agent. The house appraised for $10,000 below the offer price due to a few short sales in the area that closed in the past quarter. The agent says that in this neighborhood, in this economic environment, they’re best off taking the revised offer. The buyer can’t afford to bring more money to the closing table, and every buyer in this neighborhood is going to be in the same situation.

Reason #2 for a PSA: If you overprice the house, it’s going to be on the market a lot longer, and you’ll probably have to reduce it anyway.

Sally and Dave consider challenging the appraisal, but their agent advises against it. And rightly so. Unless an appraiser has made a gross oversight, they aren’t going to budge on the number. Appraisal gaming is one of the things that got the housing market to where it is right now, and appraisers are very concerned with delivering an accurate estimate.

The couple accepts the offer and closes the deal. It’s taken twelve weeks to close and they were hoping to have wrapped everything up in just six. They’ve paid $1,000 more in interest for the extra six weeks–a totally sunk cost.

If they had known what to price the house originally, they might have been able to close in just six weeks.

Reason #3 for a PSA: Pricing a house too high leads to holding costs for the seller. Pricing too low leaves money on the table.

Its been four weeks since closing. Dave and Sally love their new home, but for some reason they don’t feel so great about the sale of their prior home. Not only did prospective buyers think their house was worth less than they expected, the bank agreed.

And that gets Sally to thinking, “The agent helped us price the house to begin with. It’s his fault it took so long to make the sale.”

And maybe Sally is right. Maybe it is the agent’s fault. Although this would be unusual. Real estate agents are incentivized to price houses to sell quickly, not necessarily at the best price. (It’s true. Freakonomics explains why.) More than likely, it was an accident. The agent wanted them to feel good about the price, and he didn’t realize how recent foreclosures and short sales had affected the market.

Or maybe Sally and Dave themselves wanted the price set high, because that’s what their neighbors had sold for last year.

Reason #4 for a PSA: Real estate agents aren’t experts at pricing, and they aren’t necessarily objective. Appraisers usually are.

Had Sally and Dave paid up front for a pre-sales appraisal, they could have dealt with the emotional reality of the lower price point before listing the house. They likely would have sold the house more quickly, avoiding the added interest charges associated with holding the property. And they would have saved themselves the headache and heartache of working through the sale. They’d also probably trust their agent after the sale, and wouldn’t be skeptical that the agent had led them wrong.

Considering a PSA? Get Your Agent to Pay