A couple days ago I shared a little experiment demonstrating how well Pro-Tect decking repels stains. We tried ketchup, mustard and an asphalt solution, and none of them left an appreciable mark. There was some good discussion, and Joe suggested using grease from a grill as a more realistic test. I love a good challenge, and here’s what I did.

I have a Weber grill that has served me well for at least seven years. I don’t clean it as often as I should. Fortunately, that means there’s plenty of grease in the trap. 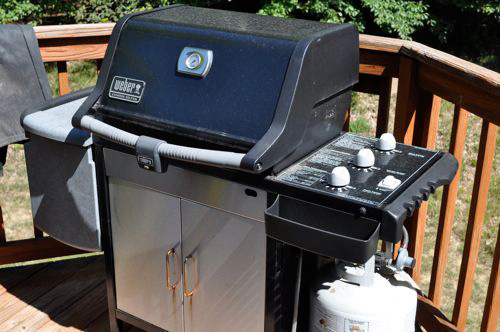 I spooned a couple globs of grease into a styrofoam cup and popped it in the microwave for a minute. When I pulled it out, the grease had melted a few holes in the bottom- nice. I quickly grabbed another styrofoam cup to salvage what was left. 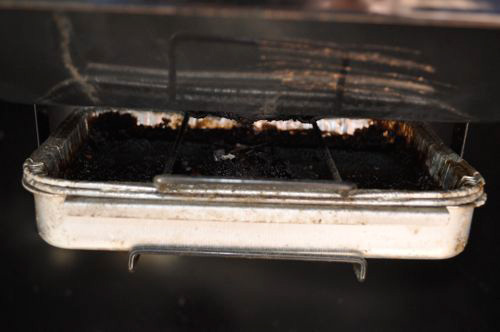 Back outside I poured the grease on a Pro-Tect sample. Fiberon had no idea I’d be getting so much mileage out of these small samples. As a side note, I was concerned that some animals might mess up my experiment by trying to eat it. Ever since I moved in I’ve been at war with the squirrels. I wouldn’t put it past them to try and eat boiling hot grease just to spite me. The squirrels are always watching. 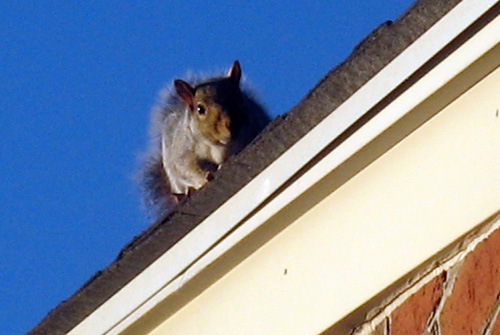 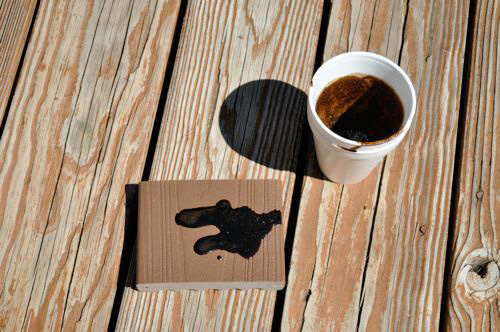 I let everything sit outside for a few hours to let the grease dry and simulate a grease stain from a grill. The grease spread out and eventually solidified. 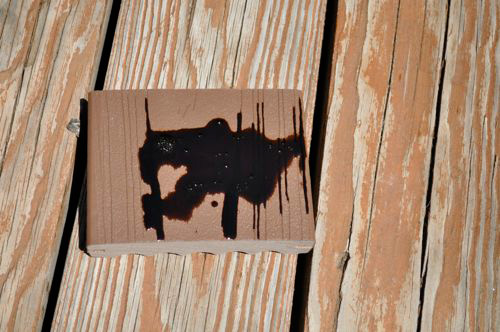 I made this short (1:30) video so that you could see exactly what happened as I tried to remove the grease. I used only the materials Fiberon provided including napkins, wipes and degreaser. I hope you enjoy the movie (and my Vanna hands)!

In the video I started by wiping everything down with a napkin. The grease smeared but most scrubbed away. I followed it up with the degreaser spray and the window wipes. You can see that all of the grease wiped clean. I think Pro-Tect decking stands up to grill grease even better than the asphalt solution. There was no discoloration, and the sample looked good as new. 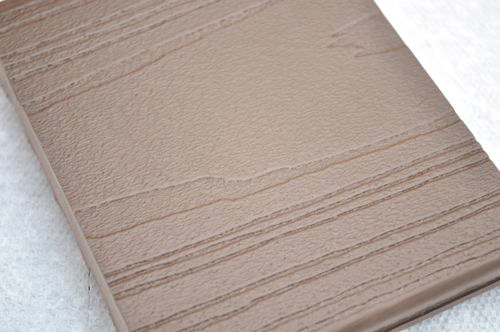 Does anyone have experience with grill grease on their composite decking? Does grease always wipe this clean or has Fiberon really produced a superior product?