How to Make a Howler from Harry Potter 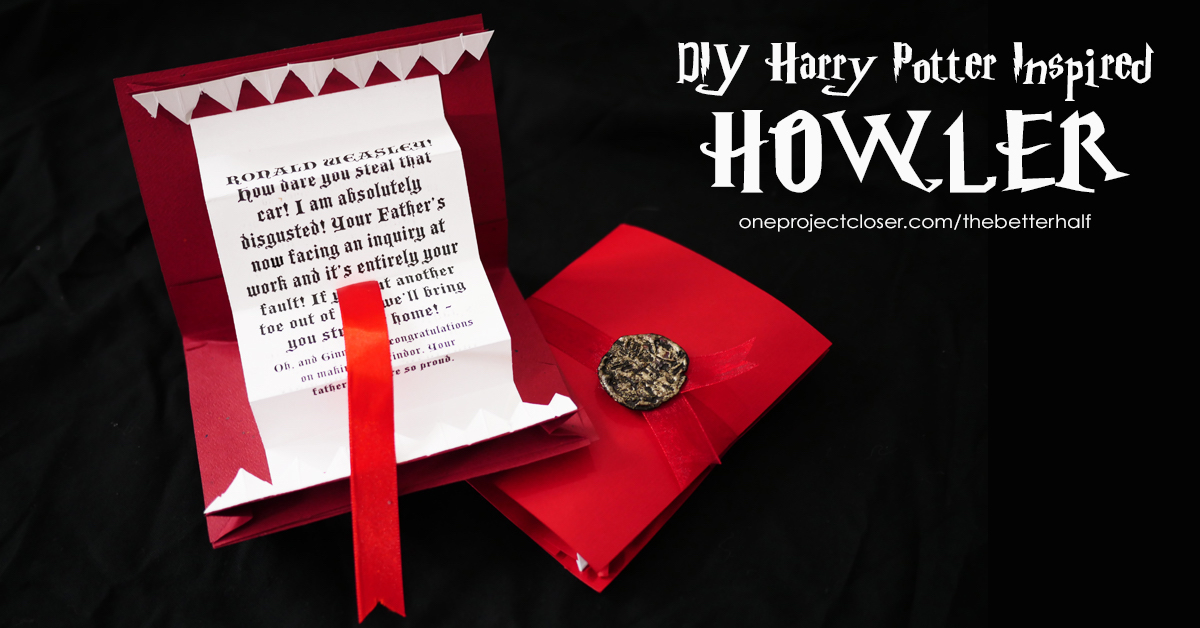 Thank you for joining us at One Project Closer for this tutorial on How to Make a Howler from Harry Potter…and stay tuned because it really howls! This post may contain affiliate links. Thank you for supporting our family while also keeping content free to you!

I recognize I’m THAT mom. I really do enjoy crafting the heck out of my kids costumes, even though I end up spending way more money (and time) than if I had just gone and bought a costume at Target. This year, our girls are low key obsessed with Harry Potter. As a family, we read the third book out loud over the summer and it was such fun. It was no surprise when we starting talking about Halloween costumes that Isabella, my nine year-old redhead, decided to be Ginny Weasley. Lucy, my seven year-old who never goes for the traditional, decided to be Errol, the Weasley’s owl.

While crafting Lucy’s high maintenance costume, I literally said “you will wear this or I will never buy you another costume. EVER.” It was rough. But we realized that the accessories would get Lu excited about the costume – so I decided to make her a Howler. Honestly, it’s everything.

If you don’t remember the plot, Errol delivers a Howler (letter that screams) to Ron Weasley from Mrs. Weasley after Harry and Ron steal the family flying car.

There are lots of great tutorials out there on how to make a Howler that’s oragami, but I couldn’t figure out how to make it actually howl, which is really the whole point of a Howler. So our howler looks more like a traditional card than the howler from Harry Potter but its still epic and amazing. And it wasn’t too expensive or difficult to make. 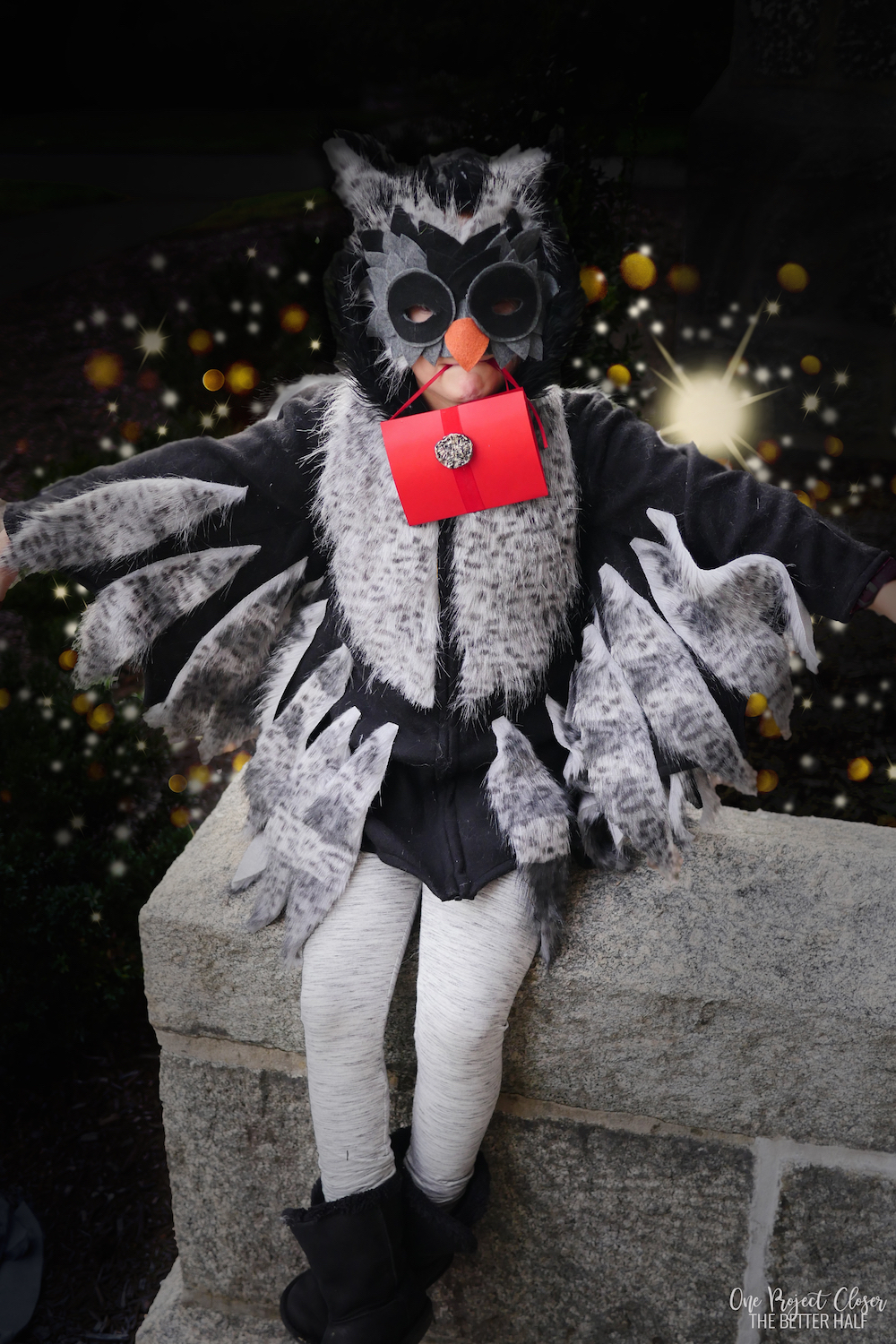 Here’s the full video tutorial, but read below for tips, tricks and more details on the tutorial.

Love this tutorial on how to make a howler from Harry Potter but don’t want to make it at this very moment? #becausekids Don’t worry, pin it for later and share it with your friends too! 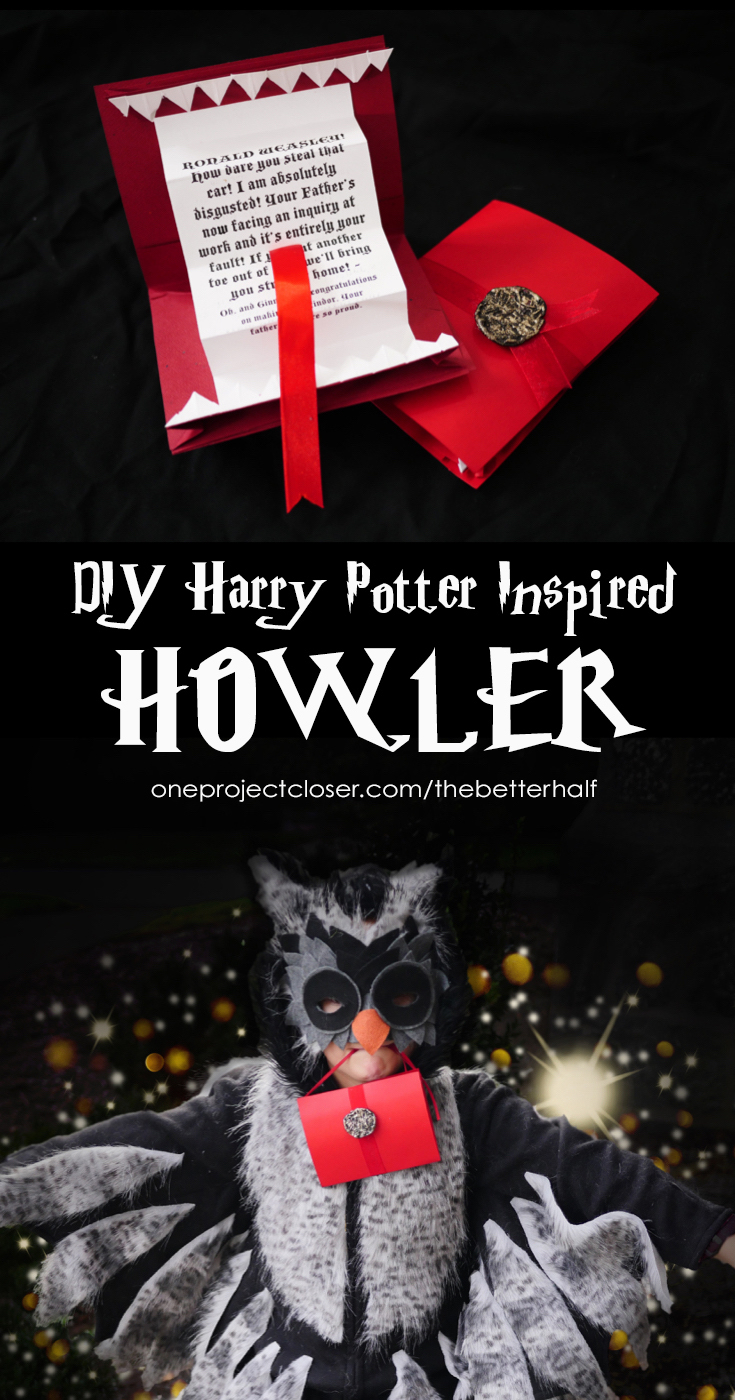 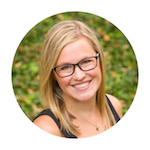