Tweet
Share
Share
Pin
0 Shares
I hope everyone had a fun and safe 4th of July. I was camping with family, and it was a great time except for the record-setting temperatures! Regardless, I’m glad to be back on another Pro-Follow with Steve Wartman and the guys as they continue to frame the in-law addition. In case you missed it, here’s the progress thus far:

Steve’s crew started framing the floor with 2×8’s and 2×6’s. If you recall, the existing floor had a series slope going the wrong way (into the garage), and that made framing the floor a little difficult. Steve’s crew needed to rip and shim board to maintain a consistent height across the floor. You can also see a glimpse of the concrete stairs 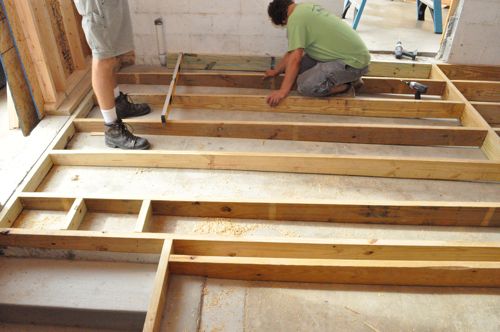 They nailed all the boards in place and used adhesive and a powder-actuated nailer around the perimeter. 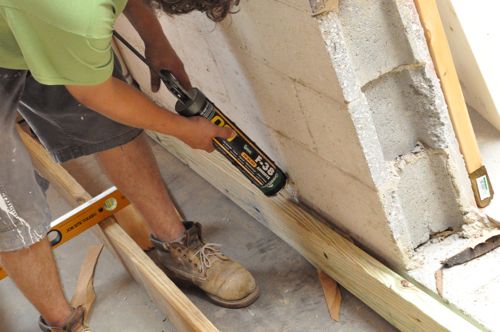 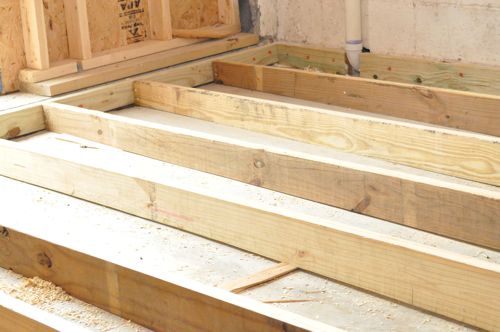 They laid AdvanTech tongue-and-groove OSB over the framing. If you were with us when Steve built the shed, you’ll remember that he prefers AdvanTech because it handles moisture better than alternative OSB products.

Pro-Tip: Leave 1/8″ gap between sheets of AdvanTech to allow space for expansion.

Steve’s crew only temporarily fastened the floor in place with a few screws because they’ll need to pass inspection before they can insulate the space. 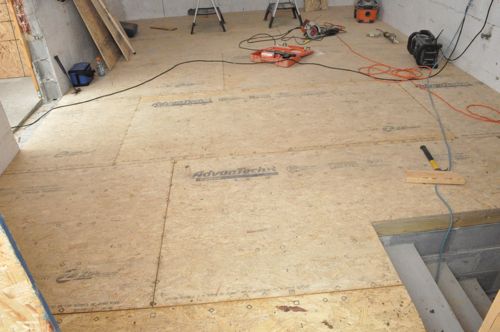 Back outside, the guys installed pre-fabricated roof trusses. 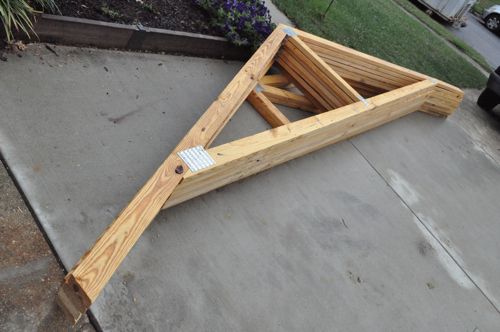 They spaced the trusses at 24″ oc. 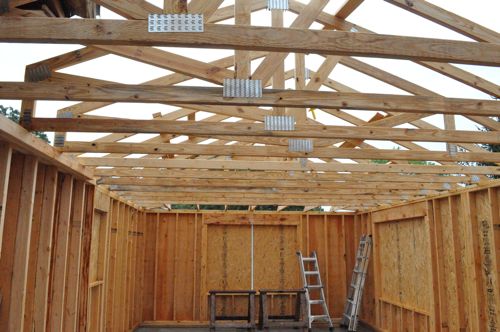 In addition to nailing the trusses in place, the guys used these brackets to secure the trusses to the top-plate of the wall framing. 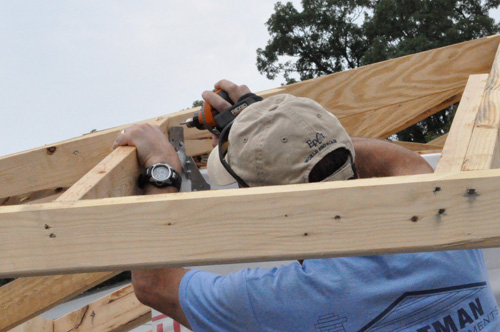 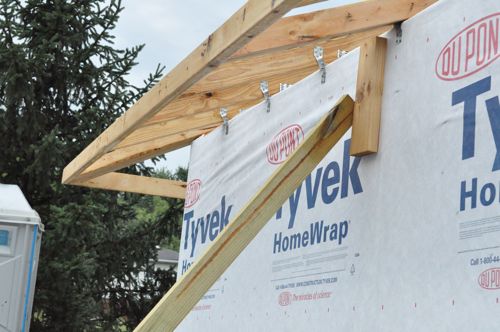 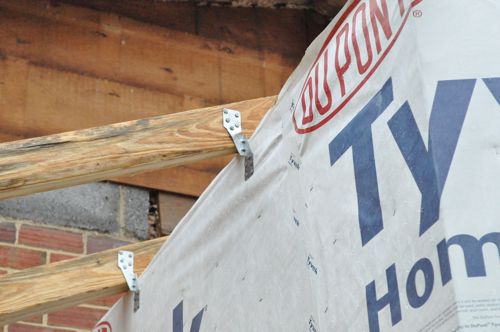 Steve’s crew added temporary braces to keep everything in line before the roof sheathing is installed. 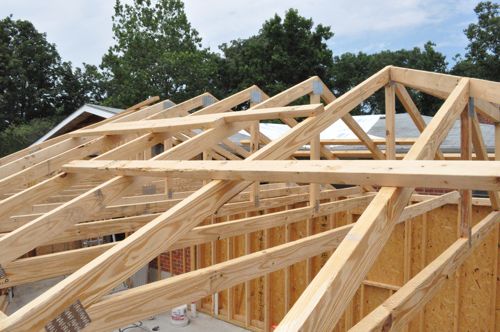 Although these trusses were prefabricated, Steve’s crew found a few problems. 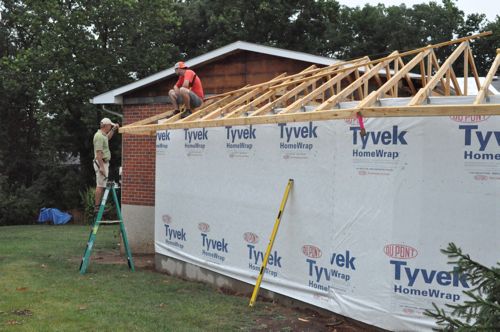 The biggest issue was that some of the trusses were not even with the others, and the guys needed to plane them down. 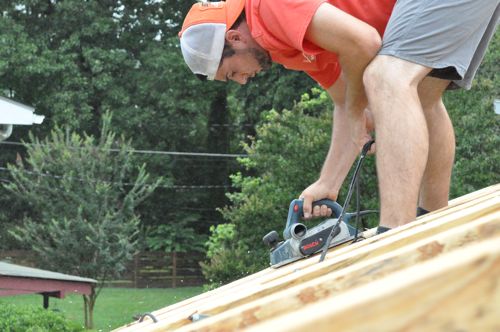 Even with pre-made trusses, some of the framing needed to be done at the job site. Here’s a look as one of Steve’s guys added some additional framing at one of the corners. 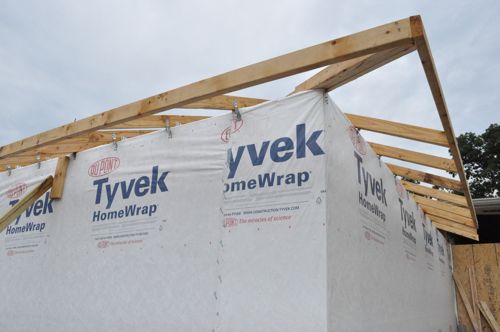 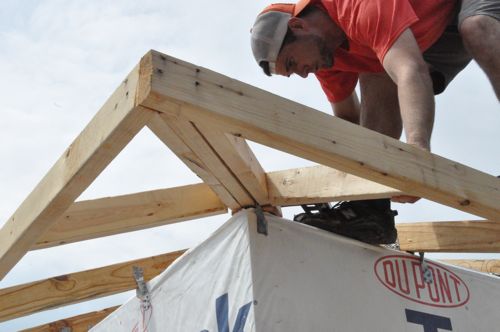 Using a tape measure, square and chalk line, the guys marked guides for the 4 x 8 sheets of OSB. 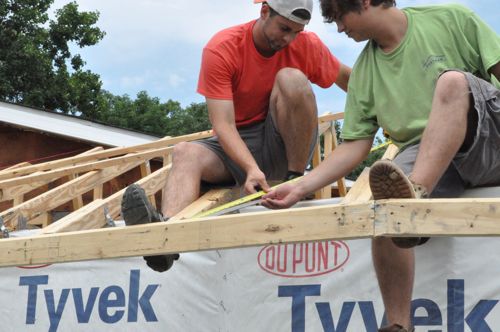 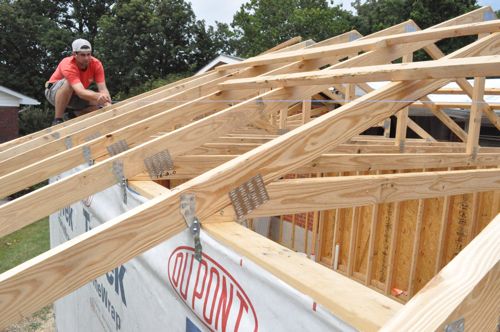 Pro-Tip: Did you know that not all OSB is created equal? Cheaper OSB can contain different species of wood and be sanded to the necessary thickness rather than pressed. These shortcuts weaken the OSB and open the grain to moisture. 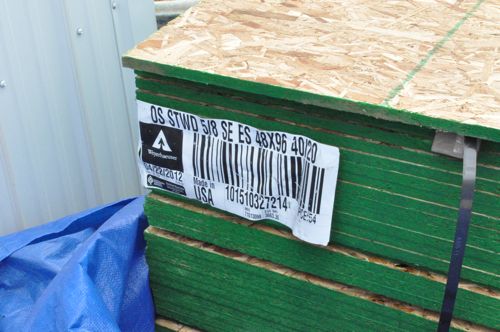 Starting in the middle of a section, the guys would anchor a full sheet, making it easier to measure out the adjacent pieces. They used a staple gun to anchor all the OSB. You may have noticed that the guys oriented the OSB with the lines up which is helpful for identifying where the framing is located (and where to nail). 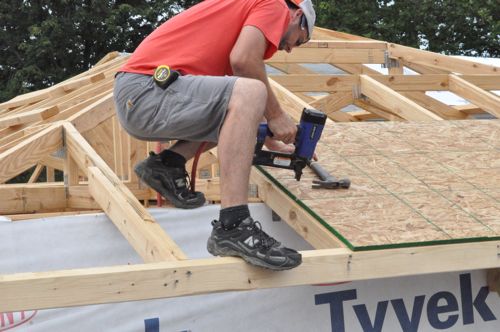 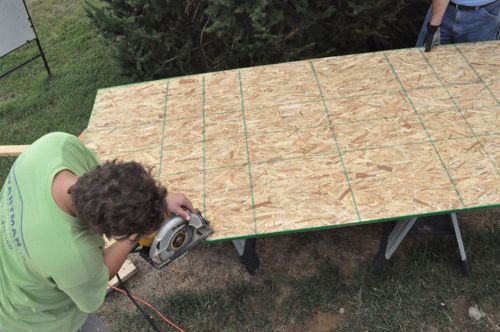 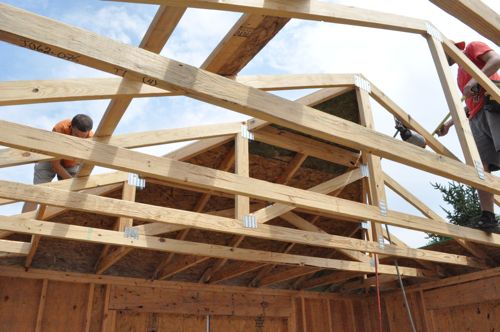 In this way they continued around the entire room, working from the fascia up to the ridge. 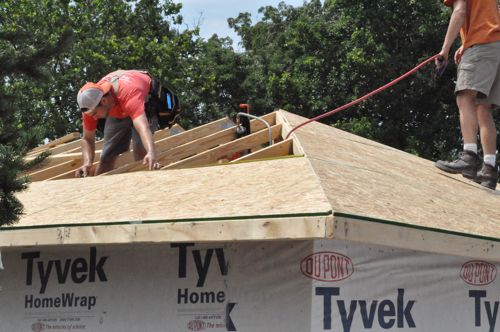 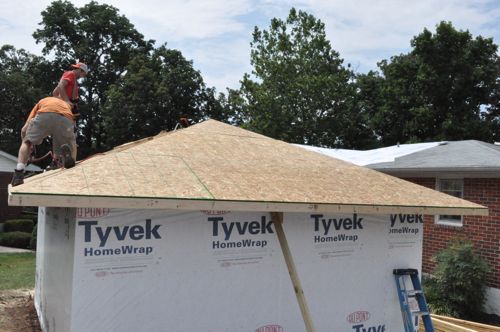 That’s it for today’s Pro-Follow. Next, the guys will be rolling tar paper over the roof, and calling in the roofers soon after. Stick with us!